StaticAir has been selected as one of the five finalist in the Open Innovation Call in New York targeting air quality and urban heat island effect. In the final StaticAir proposed the application of the Fine Dust Reduction System (Findures) inside the 191st street subway station. The Findures ensures clean air for the thousands of commuters using the deepest subway station of New York City on a daily basis.

All over the world, cities are grappling with the increasingly detrimental effects of climate change. For cities, urban air pollution and urban heat island effect are the most present and acute issues challenging urban populations. New York City has been making positive progress in addressing air quality and urban heat issues through strategies developed and implemented over the past decade. Still, there are more improvements to be made – and the challenges facing New York City will only increase in scope. Through the Open Innovation Challenge, the City of New York is looking for new and innovative ideas, technologies and approaches to reducing the negative impacts of urban air pollution and the heat island effect.

Studies in subway systems of several cities worldwide (including New York City) indicate fine particulate matter concentrations are generally higher in the subway environments than in ambient air. In the subway environment fine metallic particles are generated by the mechanical abrasion of rail tracks, wheels, catenary chains and brake pads. The underground confined spaces of underground subway systems can accumulate pollutants from various sources. With the application of the StaticAir Findures the fine particulate matter concentration inside the subway environment could be reduced with more than 70%. Reducing the fine particulate matter concentration will lead to less negative health effects due to the exposure to polluted air.

Check more information on StaticAir’s proposal for the Innovation Call in the short vlog of projectmanager Twan van der Slikke.

After a first presentation of the innovation proposal and a Q&A for the judges of the New York Mayor’s Office of the Chief Technology Officer the winners of the Innovation Call were announced during a public event. After presentation of keynote speakers John Paul Farmer (Chief Technology Officer of New York City) and Frank Jensen (Lord Mayor of the City of Copenhagen) all finalist gave a final pitch and the winners for the two different tracks of the Open Innovation Call were announced.

StaticAir would like to congratulate the winners Airlite and Gaia Technologies. Gaia Technologies seeks to improve air quality and reduce urban heat island effects by installing plants on surface areas throughout New York City. Airlite delivers a technological paint which reduces urban heat and air pollution. By painting the exterior of buildings, Airlite can reduce the energy consumption of air conditioners thus lowering their CO2 emissions. 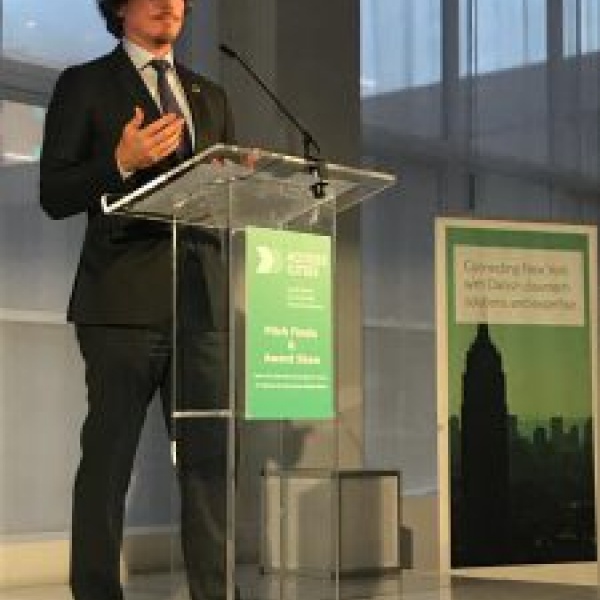 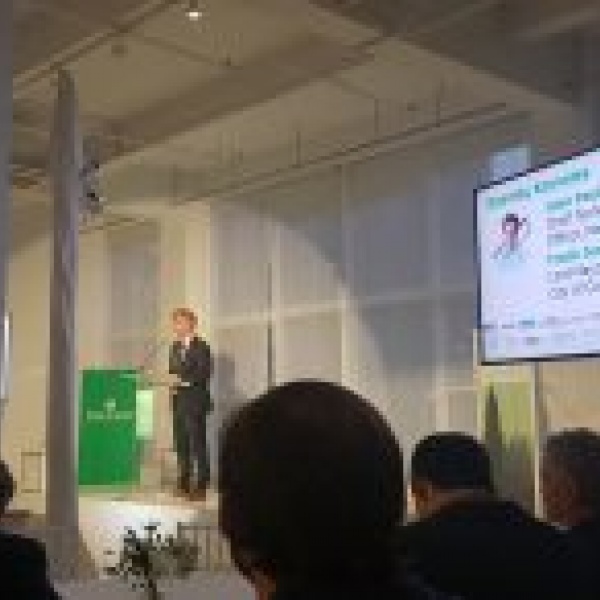 19 mrt. 2020
Indoor Air Quality is priority! Which solution and COVID-19 measures for events and sports facilities are effective?

19 mrt. 2020
A lot of interest for the fine dust theme at the Dutch Poultry exhibition!