Bangkok – How to reduce air pollution? The first ultra-fine dust reduction system PAMARES of StaticAir is in operation in Thailand. The district of Pak Kret is stepping up to tackle the clean air concerns and chose Dutch start-up StaticAir to partner for a solution.

The authorities warning people in Bangkok to wear facemasks or stay indoors more regularly. The city  is held in a spell of choking air pollution, which has its impact on the health and safety of its inhabitants. As one of the world’s top tourist destinations, Bangkok strives for safe levels of air quality. A mix of polluting substances are filling the environment, causing concerns. The effects of traffic exhaust, construction and factory emissions are serious risk factors.

Last December, the National Pollution Control Department issued warnings as the concentration of hazardous ultra-fine dust particles, known as PM2.5 exceeds the safe levels in several districts of Thailand’s capital. PM2.5 (Particulate Matter) consists of a mixture of liquid droplets and solid ultra-fine dust particles, that are invisible to the human eye. Those particles include microscopic small dust, metallic particles, bacteria, soot and smoke. PM2.5 is one of the main focus areas on the Air Quality Index (AQI).

StaticAir developed the innovative PAMARES (particulate matter reduction) system, which is able to reduce PM2.5 and is capable to capture PM0.1 to PM10. Its unique compatibility to existing street poles and their strength in repeating occurrence throughout the streets, make sure air pollution is being reduced where it matters most. Connecting the PAMARES is a simple plug and play solution and is able to operate immediately. StaticAir specializes in noise free infra solutions and offers their FDRS system for tunnels as well.

Thai people testing the operation of the system by using incense smoke. As long as the PAMARES is operating, the smoke is being attracted to the system. This method shows how this unique system is working silently while protecting the environment from harmful ultra-fine dust substances in the air all around us.  Ultra-fine dust are particles so small that they enter the human system through our lungs and skin, causing damage to vulnerable tissue.

Weather conditions playing an important role in how the concentration of air pollution is holding its grip on urban areas. Bangkok already experiences regular issues on healthy air quality. Continuous periods of dangerous air quality levels is a common problem, not only for Bangkok, but for all of Asia. With that being said, some 4 billion people are exposed to dangerous levels of air pollution, risking health impact on a large scale.

For more information on StaticAir solutions for air pollution request for information here. 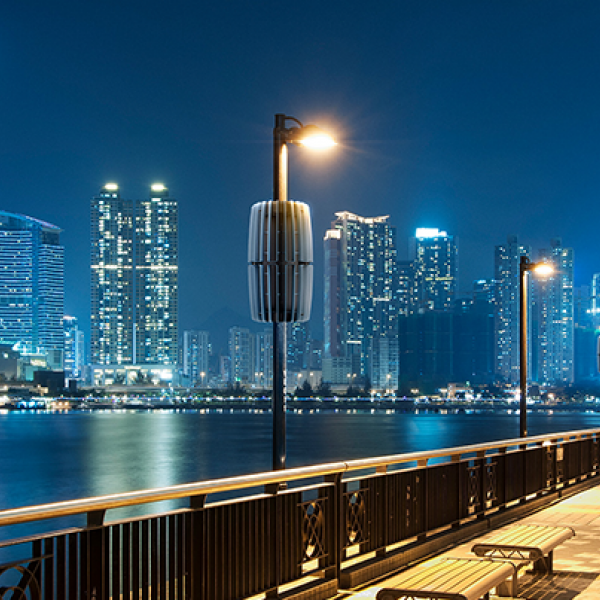 22 mrt. 2020
Indoor Air Quality is priority! Which solution and COVID-19 measures for events and sports facilities are effective?

22 mrt. 2020
A lot of interest for the fine dust theme at the Dutch Poultry exhibition!